Bingo: A Clash of Titans 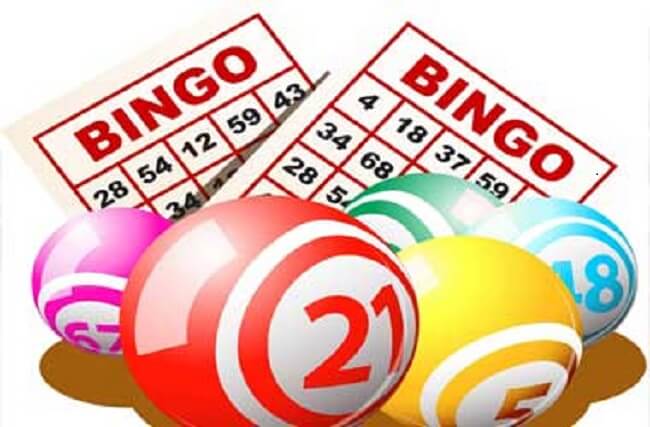 There are at least two sides to the huge growth in mobile bingo. As you know, I favor charitable gaming. In terms of bingo, that usually means playing bingo at a centre that has been rented out by a local group or organization hosting an evening of bingo as a fundraising endeavor. Clearly, if you are playing bingo in a centre, you can't be playing at home. But if you're out of the house and you have a mobile device in your hand and you want to play a few games of bingo, what's the problem?

There is no direct problem. I also fancy a quick few games either on my mobile device or at home. I enjoy the creativity that online casinos or online bingo sites have brought to the simple enjoyment bingo can and does bring to millions of people. And I am realistic enough to know that the genie is out of the bottle: mobile devices still have such an enormous upside as self-contained entertainment centres that we will never again live in a society in which they are not pervasive.

But I continue to advocate for these two bingo options, PC and mobile, to be a distant second and third behind playing bingo in a centre. I realize that getting people to put down their mobile device or get dressed and head to a centre is an uphill battle. Both PC and mobile technology continue their rapid development. The speed at which we can do anything on a computer, gaming or otherwise, has increased so far and so fast that we expect everything to happen at the click of a (cordless) mouse or the touch or swipe of a finger on a mobile screen. So to get people to get dressed (five long, tedious minutes) and drive to a centre (ten minutes not counting the pit stop for coffee) seems like a major time-consuming effort. But the cause is good and the effect of weaning oneself from the trap of easy bingo play is well worth the effort.

I say that playing bingo online is easy and that easy bingo is a trap because online bingo is more and more being marketed as another casino offering. "Play blackjack or bingo" seems to be the mantra. Again, I have no basic quarrel with online gambling. I also play online. But, in my mind, bingo is different.

Pack Up the Babies and Grab the Old Ladies

If you're playing bingo in a centre to raise money for a good cause, which could be the local hospital or the local church or the local curling team or the local theatre group, you can take the kids with you. They will have some fun playing what, to them, are birthday games. The variety of bingo patters will interest them. You can also bring gramps and granny. I daresay that even if a night of poker were dedicated to charity, you wouldn't bring the youngest and the oldest generations with you!

It seems to me that the challenge faced by the bingo centres that offer their venues for charitable gaming and the organizations or groups that are trying to raise a few thousand much-needed dollars to further the cause may try to look for ways to jazz up bingo.

Here are a few ways that other people in other lands have turned bingo into a uniquely fun night for the whole family. The first is from Destin, Florida. I read about it on the online site, DestinLog. Two local pizza restaurants have discovered that they can combine pizza, music, and bingo and increase customer traffic. The bingo game references not numbers but song titles. The game facilitator calls out a bingo letter, a few bars from a song are played, and you have to see if the title of the song is on your card. The owners of the restaurants say that they have many repeat customers who come just for bingo night.

Here's a story out of Port Townsend, Washington courtesy of the PTLeader, an online newspaper. An organization called the International Order of Odd Fellows (IOOF) has a place in Port Hadlock which they rent for $50 to any organization that would like to use it for meetings. The local chapter of the IOOF sponsors bingo twice a week. They only draw about 15-20 people but the money raised goes to charity as the IOOF, founded in North America in 1819, has traditionally been primarily a charitable organization. The local chapter of the IOOF is small but dedicated to finding ways to raise money for local groups.

Finally, another fusion of music and bingo comes from the land down under. It's called Bogan Bingo and I read about it in the Bunbury Mail. Apparently, it's a phenomenon that is sweeping across Australia so it's only a matter of time before it reaches our many shores. In researching the subject, I discovered that Bogan Bingo is becoming popular as a fun corporate event, for private parties, and for fundraising. Essentially, it involves two facilitators. One calls the numbers and another plays music that somehow is connected to the number, usually by rhyming with it. Given the hundreds of slang nicknames used for bingo numbers, it seems that a local organization with someone who knows music very, very well could put together a super fun evening based on the concept of Bogan Bingo.

Charitable Gaming Has No Alternative But to Increase the Razzmatazz

The lure of online gaming in general and online bingo specifically is a gauntlet that has been thrown down to people who harken back to a simpler time when the bingo centre rivalled the church as a place to see your friends. We need much more creative, out-of-the-box thinking if charitable gaming is to make a permanent comeback.