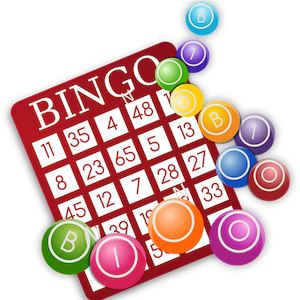 Playing social casino games often leads to more than just a hefty jackpot for one lucky winner. Often, when bingo operations are in good hands, this classic casino game can also bring in valuable funds to give back to the community and support those who are in need.

In 2013, the Ontario Lottery and Gaming Corporation (OLG) began a campaign to modernise its state-run bingo across the Canadian province. Later down the line, these massive industry changes have begun to result in substantial revenues being generated for local charities and other worthy causes.

Niagara Falls-based Delta Bingo and Gaming Centre recently revealed to its patrons that a whopping 92 local charity organisations have benefited from over $5 million in gaming revenues being paid over to them in the past 5 years alone. Some of the charities that received the funds include the Niagara Falls Optimist Club, Women’s Place of South Niagara, and Heart Niagara.

A prime example of the good that these revenues can bring can be seen at Big Brothers, Big Sisters of Niagara Falls. Here, charitable gaming revenues allow the charity to match nine children with a ‘Big Brother’ or ‘Big Sister’ each year, who provide guidance, counselling and psychological support for youths who need it.

Commenting on the phenomenon, the agency’s executive director Jon Braithwaite noted that these matches with caring volunteer mentors will help Canadian children to reach their fullest potential. Executive director of the Niagara chapter of Cystic Fibrosis Canada Nancy Clayton has also noted that gaming revenues are essential in continuing ongoing research into the nature of the potentially fatal disease.

Elaborating further, Clayton stated that when her organisation first started bingo for cystic fibrosis, the average age of survival for CF sufferers stood at 17. Nowadays, it is 50 years and beyond. She also noted that all of the organisation’s proceeds are used for medical research, adding that they are very grateful for any opportunity to raise the necessary funds to change lives and potentially find a CF cure.

OLG assumed responsibility of Ontario’s bingo halls in mid-2013, and its revival plans for the halls have included adding electronic games to their floors. According to Pat Gaston, the charity co-ordinator of the Delta Monte Carlo Gaming Sponsors Association, these venues have grown from simple facilities to complete gaming centres since.

Delta now offers both traditional and digital entertainment, as well as TapTix terminals and play on demand games. The venue also offers a licensed bar and wide screen televisions for players and sports fans alike. The Delta Group, the owners of Delta Bingo and Gaming, operates 18 halls in North America and supports more than 750 charities on the continent.