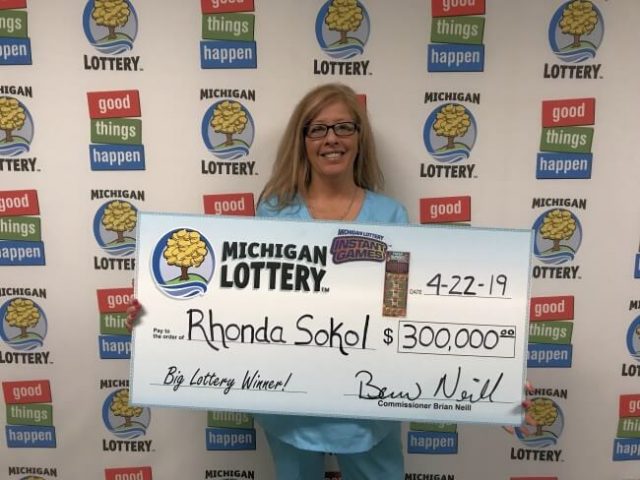 Gone are the days when winning at Bingo meant leaving with a bag of prize sausage and a smile on one’s face. And we’re in no way suggesting that there’s anything wrong with sausage and smiles. But when compared to a $300,000 cash windfall, even sausage and contentment becomes slightly over-valued. Just ask the women from Macomb County who had just won bags full of cash in the Michigan Lottery’s Super Bingo instant win game.

It’s by no means a story of pomp or divine favour. Rhonda Sokol, a resident of Saint Clare Shores, had purchased that would turn out to be a very big reason to smile from the Sunoco gas station in Harper Avenue, Saint Clare Shores. Sokol recalls having purchased the ticket on a Friday, and then having forgotten that she had even bought the ticket at all.

On Saturday she finally remembered, and a good job too, because what looked at first to be win barely big enough to purchase another ticket, turned out to be a smashing $300k. So shocked was Sokol, that she had to summons verification help in the form of her fiancé.

For Rhonda Sokol, the biggest blessing about having won is that she will now be able to realise her long-term goal of finally living debt-free. It’s no surprise then that when asked what she planned to do with her winnings, Sokol said that she would be paying all of her bills first-up, after which the remainder of the money would be saved for a rainy day.

Sokol says that despite still being in shock at actually having won, the reality is slowly starting to sink in. Soon, the lucky player will be able to live completely debt-free; something, says Sokol that she is very much looking forward to.

Rhonda Sokol’s reaction to having learnt that she had won a large sum of cash in a Lottery game isn’t exactly exceptional. Many players tell a similar story; one of complete unbelief coupled with unbridled excitement.

Super Bingo launched last year October, and since, players have won in excess of $11 million! $5 gets you in on a chance of winning anything from recovering your ticket money up to a cool $300,000. A total of 10,500 suppliers sell instant Lottery tickets all over the state of Michigan.

Could YOU win big playing Bingo? See if YOU can get lucky ONLINE!